Talk to a Human

Blog
vSpeeq / Uncategorized / What is Remote Simultaneous Interpretation and why is it important?
Sep 16

What is Remote Simultaneous Interpretation and why is it important? 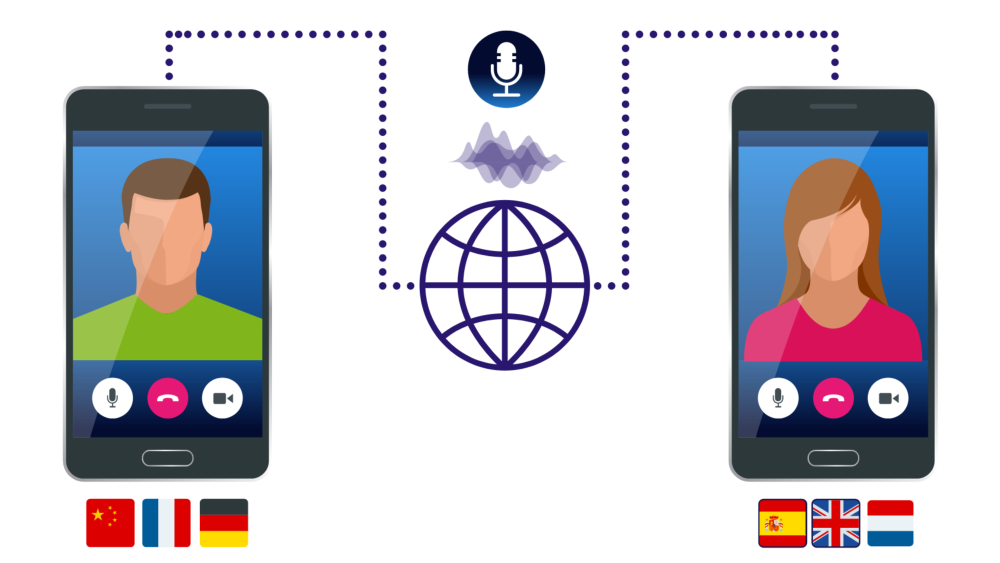 With global economies coming closer since the onset of the Covid-19 pandemic, remote simultaneous interpretation services have become the need of the hour. Such a setting is much more feasible and affordable in comparison to interpreter services – a major reason why many multilingual events are now preferring the remote version to the usual setting. In short, translation services online can be accessed easily and helps organizers save big bucks.

In this blog, we dive deeper into all things details of remote simultaneous interpretation: its definition, use cases, benefits, interpreters services, and its relevance today and what lies ahead.

What is simultaneous interpretation?

Simultaneous interpreting or real-time interpretation dates back to November 1945 at the Nuremberg trials. Since then, it has been adopted across the world and is used in a range of settings from government to private.

Hans Martin Jörimann, an interpreter working for the Swiss Parliament says, “I was absolutely nervous the first time I did it!” Learning the context and the jargon gradually helped him.

What is remote simultaneous interpretation (RSI)?

Remote simultaneous interpretation (RSI) is the new age version of the traditional service, performed online with all meeting attendees, including the interpreters who receive the continuous live audio and video feed in a remote setup.

With Covid-19 cases coming down globally, there is a pressing need for RSI services, as events and conferences make a comeback after two years of uncertainty

With every advance in communication technology, the interpreting process has kept pace . Before RSI telephone interpreting was the only possible solution. While that still exists, RSI has obviously caught the popular fancy for a slew of reasons

How does remote simultaneous interpretation work?

RSI has been popularly used at diplomatic events, online events, press conferences, and so on in domestic and international levels. Such a system can be deployed easily in completely online events as well as hybrid ones, where some part of the event might be held in-person and some parts are streamed.n the popular imagination, interpreters have only existed in diplomatic meetings of high importance. And, with good reason. This is because simultaneous interpreting is highly demanding and is only done by interpreters who have a very good grasp on both languages. Inviting such interpreters at the event venue is a tough nut to crack and could leave the organizers in a fix.

Though RSI is not new, there has been renewed interest in it, courtesy of the global pandemic which brought the economies closer than ever. We list some of the benefits here:

If you would like to host a multilingual event, look no further than vSpeeq an upcoming Interpreting company in the USA

Though RSI is not new, there has been renewed interest in it, courtesy of the global pandemic which brought the economies closer than ever. We list some of the benefits here:

It’s super easy to book an interpreter on vSpeeq

vSpeeq is the latest offering from the people at Braahmam, a veteran translation and localization company based in Dublin, Ireland.

Braahmam’s years of working closely with international clients from different sectors comes in handy in shaping, vSpeeq’s interpretation services for the global interpretation market, and as an upcoming Interpreting company in the USA.

Braahmam is an ISO 17100:2015 certified company headquartered in Ireland with a global clientele

vSpeeq which is an upcoming Interpretating company in the USA can plug into any online meeting solution provider that you might already be using. If you have none, you can use vSpeeq’s solution.

With vSpeeq, increase the attendance at your events and the engagement levels of the audience by interpreting in their languages. Your events will become more successful when our professional interpreting services are of a high quality and the attendees are able to enjoy and understand the content.

When can RSI be used?

Remote simultaneous interpretation or remote interpreting services has become the default setting for online and hybrid multilingual meetings. Even if the pandemic situation no longer exists, this service will continue to be in high demand, thanks to the many advantages it brings to event organizers, speakers, and attendees.

If you are an interpreter, it makes a lot of sense to work with vSpeeq, which is on the list of upcoming Interpreting company in the USA. From saving on multiple rental spends for devices to logistical challenges, with vSpeeq you get the advantage of a firm offer.

You no longer have to concern yourself with arranging your travel, accommodation, or any other venue-specific details. Your venue is your home and you can choose your hours of work and the events you want to interpret for. You just need to invest in the setup and you’re ready to translate for the world!

So what are you waiting for, book today and make your virtual event a success